In knocking in a sloppy rebound past San Jose Sharks’ goalie Devan Dubnyk for a decisive goal in the St. Louis Blues 5-2 win, Jordan Kyrou registered his third three-point game of the season. And he wasn’t even the best player on his line. Captain Ryan O’Reilly was plus-4. Linemate David Perron also had four points, giving him 12 points for third-most on the team. In all, the line produced 11 points on the night.

With the Blues playing in an insane nine overtime games this season, the scoring punch and leadership provided by this trio are keeping coach Craig Berube’s squad relevant and in the hunt of the competitive Honda West Division.

At 16-10-5, the Blues remain on the inside of the playoff race, looking out. But that could change, and very soon. The upcoming schedule will be the toughest stretch the team has faced.

The Blues maintained a strong position in third place through March 21 with 37 points. The team trails first-place Vegas Golden Knights (45 points), Colorado Avalanche (40 points) and the Minnesota Wild (37 points). These teams will face each other 18 of the final 21 games of the season.

“They forced the Sharks into bad situations, they’re competitive and they’re tenacious on the puck. And they ended up being rewarded with, what, three goals?” Berube told Fox Sports Midwest after closing out the Sharks series. His team has been very good on the road, compiling a league-leading 12-3-2 record away from Enterprise Center.

Playing on the left wing, Perron has put together a spectacular season. He is the Blues points leader with 33 points (12 goals, 21 assists) and is plus-1 with 16 penalty minutes. O’Reilly, the center, has 31 points (10 goals, 21 assists, plus-11), followed by Brayden Schenn, who has 12 goals and 12 assists for 24 points. Kyrou, the 22-year-old center, had an early points surge this season but has cooled off considerably. His two goals against San Jose were the first he has scored since March 1.

The big three have been posting big numbers, which is why the Blues have maintained a lead in the Honda West playoff race.

From Castoff to Captain

Upon the departure of free agent defenseman and team captain Alex Petrangelo to Vegas, all eyes turned to O’Reilly to carry the “C” for the team. He has become the poster boy for the Blues franchise, fueled in part by his stellar play and key goals that helped the Blues win the Stanley Cup in 2019.

O’Reilly had a goal and three assists for four points against the Sharks on March 20 but had gone without a point in the previous three games — his last goal came in an overtime loss to the Knights on March 12. He’s been a fixture on the ice, logging between 18 minutes and 23 minutes per game.

Cast-off from Buffalo and Colorado before, O’Reilly has given the team some needed horsepower and scoring punch. Selected by the Avs in the second round with the 33rd pick in the 2009 NHL Draft, he played in 81 games his first season. He scored eight goals and added 18 assists for 26 points. In 2013, he won the NHL Lady Byng Award, which is given to “the player who ‘exhibited the best type of sportsmanship and gentlemanly conduct combined with a high standard of playing ability.’

In 2019, O’Reilly won the Frank J. Selke Trophy, his first, as the league’s top defensive forward. He earned his first Conn Smythe Trophy as the most valuable player in the Stanley Cup Playoffs.

Consistency Is Key in Perron’s Contributions

As Perron has signed with the Blues on three separate occasions, each deal has been met with very different reactions from St. Louis fans.

When speaking of the 2019 All-Star, fans have to choose between three very different players: Perron v1.0, Perron v2.0, and now, Perron v3.0.

Version 1 was a young, streaky star who was branded as being moody and slow to develop. He played for the Blues from 2008 until they traded him in 2013.

Version 2.0 was the matured veteran who experienced some tough luck and tough love from different coaches and mentors and came back to St. Louis as a different player. His signing completed a circle that included stops with the Edmonton Oilers, Pittsburgh Penguins and Anaheim Ducks, where Perron revived his career with 20 points in 28 regular-season games down the stretch last season.

“Perron has a unique relationship with the Blues. Despite having played for five different NHL clubs, he has never signed a contract with any other team,” THW’s Stephen Ground reported in 2018. “Drafted by St. Louis in the first round of the 2007 Draft, he spent his first six seasons playing there. It was his self-proclaimed ‘first love,‘ the city that raised him, and he always considered it his home away from home.”

“The news that the winger had signed once again with the St. Louis Blues last summer was met with mixed reactions. Very few were excited. Many were indifferent. Some were disgusted,” THW’s Ground wrote.

His journey around the NHL began when he was traded from the Blues to the Oilers in 2013 with St. Louis’ third-round pick (later forfeited to San Jose as a result of Edmonton’s hiring of Todd McLellan as head coach – San Jose selected Mike Robinson) in 2015 NHL Draft for Magnus Paajarvi, Edmonton’s second-round pick (which would become Ivan Barbashev) in the 2014 NHL Draft, and Edmonton’s fourth-round pick (Adam Musil) in the 2015 NHL Draft. Since then, he’s been traded, made available for an expansion draft, and made it to a Stanley Cup.

“All I know is how much I respect the team and ‘Army’ and Tom to basically in a way admit it was a mistake to expose me,” Perron told the Post-Dispatch, referring to Armstrong and team owner Tom Stillman. (‘Perron Just Couldn’t Say ‘No’ To St. Louis and the Blues,’ St. Louis Post-Dispatch, July 8, 2018). “And trust that I’m gonna come back and be a good player for the team.”

In 2010, Armstrong saw enough in Perron to offer him that two-year contract. At the time, Perron was 22 years old and earned his second NHL contract.

“David has proven to be a key forward on our club and we look forward to his continued development with us,” said Armstrong. “We are expecting David to grow into a complete player at this level.”

Since he entered the league, he’s played 14 seasons in 881 games and has scored 235 goals, added 348 assists for 583 points and a plus-8 rating. He’s amassed 664 penalty minutes in his career. In 92 Stanley Cup Playoff games, Perron has scored 15 goals and added 33 assists.

In 2018, Perron finished the season with 23 goals and 23 assists, good for 46 points in 57 games, according to THW. The 0.807 points per game pace didn’t quite surpass the 0.943 pace from his season in Vegas, but it was otherwise the best pace in his career. He also finished with a point share of 5.5, good for sixth on the team amongst skaters, despite missing two months.

Kyrou Finds His Place Among All-Stars

“I think the last few games, he’s been way better, more competitive, skating better and attacking, doing the things he was doing before,” Berube told Fox Sports Midwest during the postgame Zoom. “It’s all based on his feet. When he’s skating and attacking, he’s a dangerous player. He’s doing a good job around the net. He’s getting to the net more.”

“We want to be aggressive, always on the puck,” Kyrou told the media after the Sharks series. “One big thing for us is to always reload and create those turnovers for us, so we can get the puck and go back the other way.”

Kyrou spent the offseason working out and bulking up so he could hold his ground in the trenches against bruising defenses. He says the bulk is paying off.

“Yeah, it definitely helps,” he said. “You use your body and kind of use your strength to get inside and create that lane for yourself.”

As the Blues battle down the home stretch, they will need scoring from all lines. The veteran presence of Perron, himself having made several trips to the Stanley Cup Final, and O’Reilly as the team’s quarterback and emotional leader, should have a calming impact on Kyrou. Where in a different time in St. Louis, a young scorer like Kyrou might feel an immense amount of pressure to produce results that may be unrealistic. And what kind of long-term effect will that have on this young player’s psyche?

Ask Vladimir Tarasenko about that. He was another young star who faced growing pains in a similar situation in St. Louis. 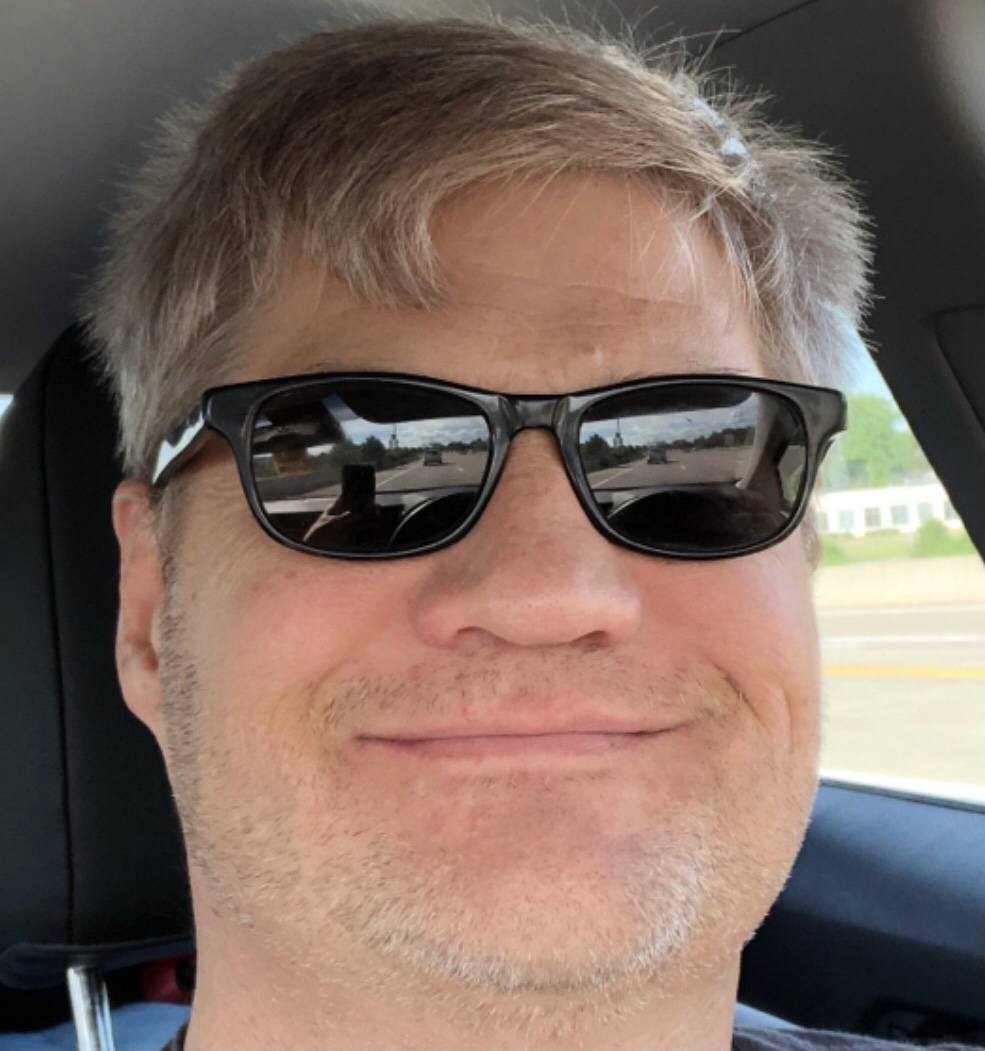 Rob Staggenborg is an NHL writer, blogger, analyst and podcaster covering the St. Louis Blues. He enjoys St. Louis style pizza with gooey cheese, and sitting for hours on end in metro St. Louis traffic listening to sports podcasts. He is a proud U.S. veteran. Visit his website at brockbanner.com