Blues and Thunderbirds Hope to End AHL Futility Together

When it comes to American Hockey League affiliation, the St. Louis Blues are not following the trends. Ironically, while most of the league’s 32 clubs are looking to get their affiliates at least in the same time zone and at best, just down the street, the Blues will have 1,100 miles between the mother club and the hopefuls starting this fall.

The news isn’t all bad, in fact, it might not be bad at all. Setting up with the Springfield (Mass.) Thunderbirds gives the Blues a chance to be a sole parent club and hopefully forge a new partnership in a city with a hockey history even longer and more storied than the Blues.

Ironically, the Blues had the proximity most parent teams crave when they partnered with the Peoria Rivermen, just a couple hours up Interstate 55 in the fall of 2005. The Rivermen also were under the Blues’ umbrella in 1984-85, then as a member of the International Hockey League.

The most recent marriage lasted eight seasons but ended suddenly in the spring of 2013 to the shock of hockey fans in Peoria.

Since leaving Peoria, the Blues have run into a rocky road in terms of affiliation with four seasons in Chicago, a couple more in San Antonio, this past season sharing the reins with the Vancouver Canucks in Utica and the 2017-18 season that saw the team with no official affiliate.

A new (and now current) ownership group made up of businessmen in the Gateway City and headed by Thomas Stillman purchased the Blues along with the arena and ownership of the Rivermen. A couple of seasons later, the Rivermen were sold to the Canucks, who moved the AHL-franchise to Utica. The Blues have not owned an AHL team since then, instead signing partnerships with independent AHL franchises.

The Blues moved a few more hours up the interstate to Rosemont in the Chicago suburbs, signing a three-year partnership with the Chicago Wolves, but that run ended as the Blues announced they wouldn’t be returning with the Wolves, who arranged a new partnership in the fall of 2016 with the Vegas Golden Knights as that team’s first affiliate.

The Blues found themselves ill-prepared and played through the 2017-18 season without an official AHL affiliate, instead they continued to send players to the Wolves along with some other AHL teams, including the San Antonio Rampage. Both the Blues and Wolves were complimentary of each other in the press, but there was at least some inclination that a competitive owner in Chicago did not entirely agree with the Blues philosophy.

The Blues found a home in San Antonio to start the 2018-19 season, signing a two-year arrangement in the fall of 2017 when the parent Colorado Avalanche announced the purchase of the ECHL’s Colorado Eagles with the plan of moving the team to the AHL and affiliating with it in the fall of 2018. The Blues partnered with the Rampage, a team that had not qualified for the post-season since the 2011-12 season.

The Blues prospects were unable to change that trend and the lack of success and in 2020, the Golden Knights purchased the team, moving the franchise to Nevada.

The Blues committed to at least five seasons in Springfield, signing a partnership with the Thunderbirds but found themselves in a tough and familiar position out of the gate when the AHL team announced it would go dark for the 2020-21 season. As a result, the Blues have sent many of its prospects to Utica, where it shared affiliation with the Canucks this season.

The good news, the Thunderbirds are already excited and looking ahead to the upcoming season. Like the Rampage, the Thunderbirds have endured a rough recent history. Actually, the team has a long but primarily unsuccessful history.

The most recent version of the team, when it was formed and named the Thunderbirds in 2016 after the former Springfield Falcons were purchased and moved to Tucson under the affiliation of the Arizona Coyotes. In turn, a group of Springfield business people purchased the Portland Pirates and moved the club to Springfield. The Florida Panthers provided the first affiliation.

Before sitting out this season, the T-Birds finished out of playoff contention in each of its four seasons despite an overall record of 128-126-26-9. The run goes back two more seasons as the Springfield Falcons. The Falcons qualified in both 2012-13 and 2013-14, ending another run of nine seasons without a dance invitation.

In 22-seasons of existence as the Falcons, Springfield fans saw post-season matches just eight times. Before that, the team known as the Springfield Indians was a franchise with a storied history dating back to 1926 when it was one of the original AHL franchises. There are seven championship banners in that history (one under the name Springfield Kings) and some unbelievable stories from the post-World War 2 era and into the 60s under the ownership of NHL legend turned AHL owner Eddie Shore.

Technically, that history ended when the team was purchased by the Coyotes, but it’s still in Springfield. This latest marriage between an NHL team looking to stabilize some rough seasons of AHL affiliation and a team looking to rediscover some AHL glory seasons could be the start of a beautiful relationship. A five (now four) season commitment means this will be the longest affiliation the Blues have had since leaving Peoria, so there is time to set some roots in Springfield.

It will also be the third time since leaving Peoria the Blues are setting up as the parent team, but not the owner of an AHL affiliate. This promises to be a stronger relationship, though, as the Blues get an AHL home in a hockey-crazy New England community and the local fans get another, perhaps better shot and playing into the AHL postseason.

It should work out… if not, check this space in four years. 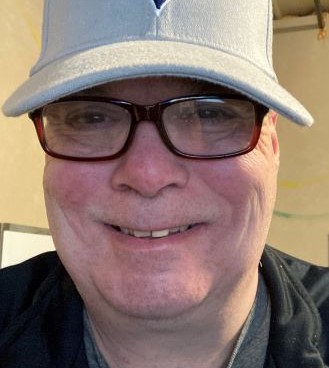 Closing in on 60, Jim has been a fan of hockey, since the age of five and he has finally capped it as a THW Writer on the St. Louis Blues beat. Growing up in small town Ontario, he never got far as a player, but has spent most of the past 40 years writing about the game from the youth hockey to junior hockey and now, pro levels. A move to the Midwest (Wisconsin) in 2000 shifted the focus a bit. Working at small newspapers, Jim relished a chance to focus on hockey alone and has dabbled in that with a pair of websites, midwesthockey.info and saukhockey.info.